The Rio Mealdo is a high volume wildnerness run located in Central Chile. For years running it from the source had been on the radar screen of many indiviuduals. I know of three unsuccessful attemps (two of which I was on) before we were able to successfully get to the put in early december 2005.

The source of the river is Laguna Dial which lies in the heart of the Andes by the Argentine border. Due to the presence of
Atosa in Argentinian cattle the region has been closed to humans and animals alike by the Chilean health organization SAG in an effort to keep Chilean cattle from mixing with their Argentinian counterparts in the high summer pastureland around Laguna Dial.
In March 2004 Robbie Dastin had flown over the river in a private plane and described the river as “real big” even in the low water month of March. To get to the put in one has to travel a long distance by foot or by horse. In December of 1997 Robbie and I tried to reach Laguna Dial from the South by horseback from the Nuble/Los Sauces valley but were turned back by high snowpack.

In the low water year on 2005 we returned with Zach “Delsapo” Cowan in December this time trying to reach it from the North.We drove up the Maule valley past town of Amerillo. the gravel road crosses the Maule to river left and soon you come to Las Garzas. Here the main river to continue up the Maule veers left but stay to the right. The road will eventually climb up Enemigo Creek and drop down the other side into the Melado Valley. There is good camping and large sand beaches as you approach the river. As you head upriver you will eventually come to a bridge. Do not cross the bridge. Stay on same side of river and continue upstream. Soon you will come to the diversion where water is funneled into a tunnel to pass through the mountains into the Ancoa drainage. This is a good takeout spot if you are just doing the lower run. To reach the put in point for the lower 15 km run or to reach the starting point to hike for the upper section continue upstream to the absolute end of the road. You will need to get through a SAG checkpoint about 3 km before the road ends. The road does end at a bridge over a tributary called Rio La Fuente. This is a great put in for the lower and the tributary is a 1-1/2 km class 4 blast into the Melado. The lower Melado is a big volume class 4 + run with pool drop rapids.

The foto below is the put in under the bridge over La Fuente. This is also the “end of the road”. 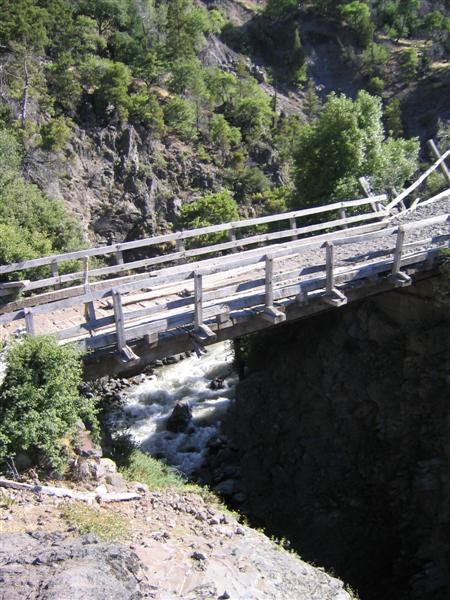 If you want to run the upper stretch it will be a major adventure and requires several days. The whitewater is mostly class 3 but the trip is an outstanding multi-day trip into the Chilean wilderness. At the SAG gate ask for someone who can find horses. It will be a 2-3 day horseback trip up the canyon. The hardest part is ferrying the the chest deep class 3+ river crossing at the beginning of the trip. After about 40 km of seeing nothing you will come to a remote Caribinero outpost. We were welcomed warmly here and given smoked rabbit they had caught in the area and homemade Pisco. Near this point there are two distinct forks in the river. The fork from the East is flat but the western fork falling from Laguna Dial is steep and full of action. Go up this fork as high as you are comfortable. It is several KM up to the lake and gradient gets steeper and steeper as you rise. Regardless of where you put in make sure you spend a night at Laguna Dial. This pristine lake lake is rimmed by snow and full of gargantuan, hungry trout. Bring a fly rod and enjoy views and the sunset for what feels like the top of the world. On our trip the rim of the lake was full of PUMA tracks. 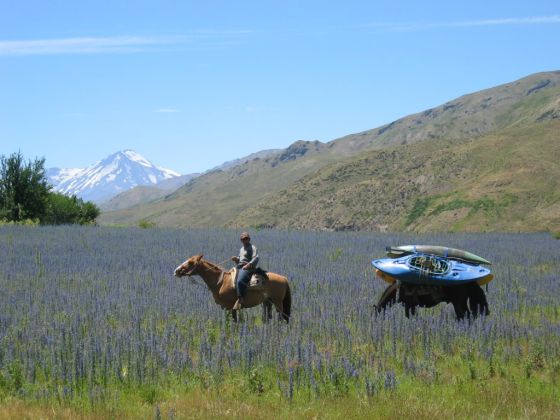 Robbie “sketch” Dastin hoofin it to the Put in

On the kayak trip back it takes approximatley 6-1/2 hours of intense paddling once you reach the confluence of the two rivers near the carninero outpost to the SAG outpost 40 plus KM downstream. 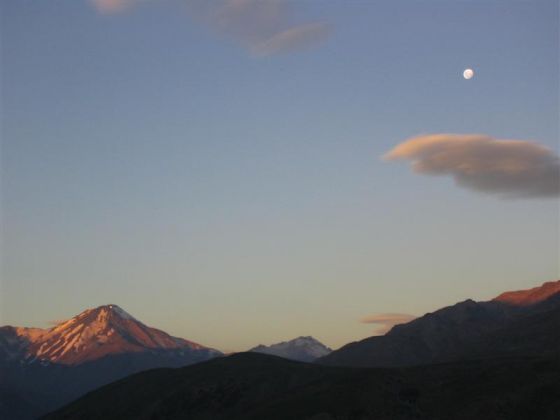 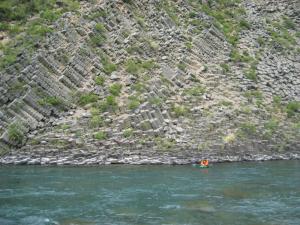 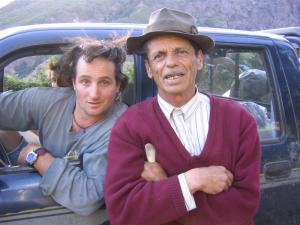 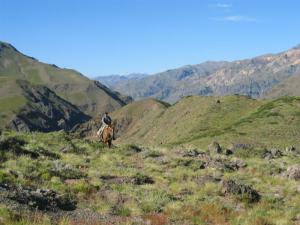